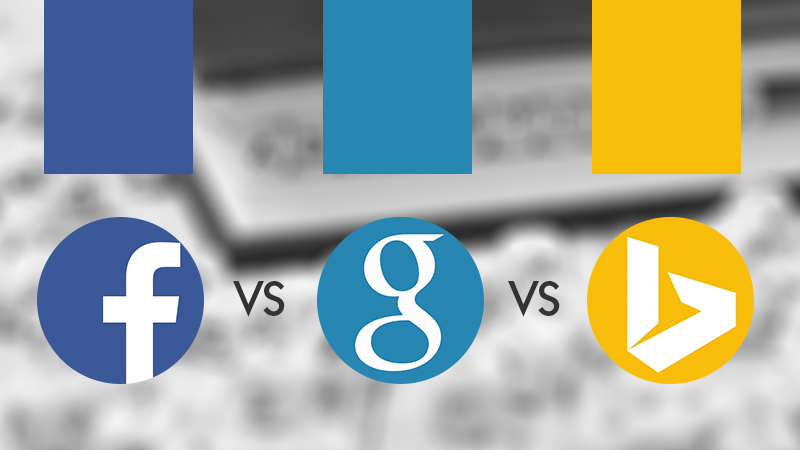 Visual Map below shows Google trumps Facebook and Bing across Europe, Facebook has the majority of popularity in North America and also in China.

We have been looking at what the number one paid marketing channels by interest is worldwide in 2018 (115 countries to be exact). Using Google data we’ve looked at the popularity of the three biggest paid marketing platforms Google Ads, Facebook Ads and Bing Ads. 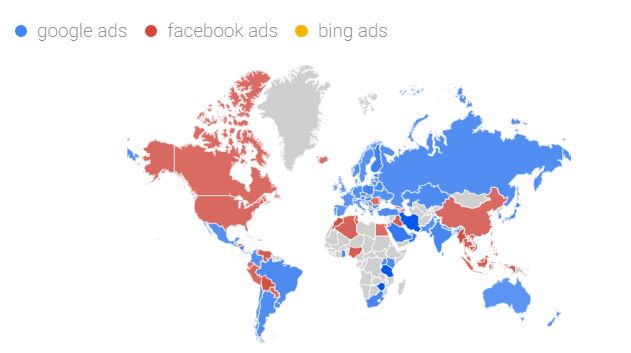 The results are interesting… not unexpected but interesting none the least. If this was done a decade ago it would have been dominated by Google but Facebook is here now and has become a major paid channel for many businesses. Bing Ads on the other hand does not fare as well. Let have a look at the results below…

Few Highlights Before We Get Into The Data

Yes so that’s alot of data to take… what is the overall conclusion?

Google ads hangs on to the number one spot overall amongst the 115 country with an average interest of 54%, Facebook ads comes in a close second with an average interest of 44%. Bing Ads doesn’t fare too well with a low percentage of only 2%. So to conclude Google still rains supreme but not by much, Facebook is coming and Bing is fast becoming the forgetting channel of paid marketing.

*Figure in the above table were right at the time of publishing and will likely change with time.

Quotehunt.co.uk is free to use and we will like to keep it that way forever. If you are looking for a quote you can support us by using our quote form as our partners pay us commision if you sign up & use their service.

Quotehunt.co.uk connects businesses with leading providers to find the right service for your business. We enable you to get comparison quotes on products and services that are essential for your business helping you save your time and money.

We use cookies to ensure that we give you the best experience on our website. By continuing you agree to our use of cookies.OkRead more